This Morning in My Yard

I was sitting on the back porch sipping my coffee when I heard the parrots.  We have all kinds of wild parrots here in South Florida.  In every case, they are escapees that successfully mated, had families and have "been fruitful and multiplied".  Years ago, the only parrots that came to our yard were the Monk Parakeets, which are very common now.  They are famous for making huge communal nests of twigs, leaves, moss and sticks on power towers, hence their survival in more northern places.  I've even heard they are seen in Chicago, but with their sub-zero temps in the winter and the blizzards they have, I don't see how even a communal nest could keep parrots warm, let alone allow them to find food to eat.   They are regulars in our yard whenever we put bird seed out.  Next are the Nanday Conures.  These are larger than the Monks and they have black faces, bright red legs and red and bright blue feathers hidden under the more prevalent jungle green.  In short, they are beautiful.  They like the black oil sunflower seeds and they announce their entrance to our yard very loudly.  I can tell the difference between their call and the Monk's call.  Finally, the piece de resistance - the Blue Crowned Conures.  They love the tiny berries growing on the native Wax Myrtle bushes we have in the back yard.  These birds' call is slightly different than the Nanday;  just as loud, but not as demanding, at least it seems to me.

The Blue Crowned Conures raucously announced their arrival and we ran for our cameras.  Sure enough, they were in the Wax Myrtles on the east side of the yard.  Since it is summer, our plants, trees and bushes are growing insanely, and we had to dodge the branches of other trees to get a good view of the parrots feeding.  Below are some pictures from this morning: 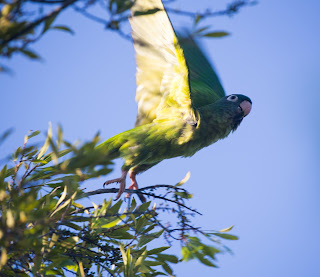 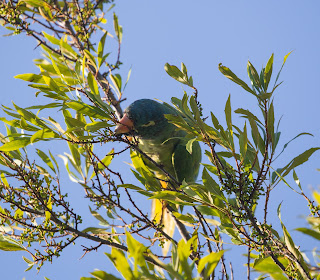 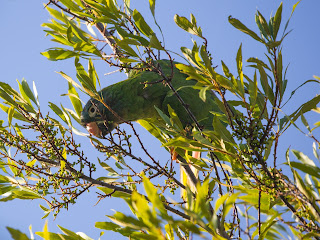 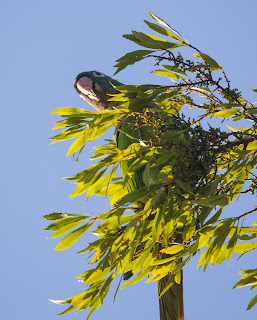 Some other photos from this morning before the parrots arrived - I love the sun on leaves and flowers. 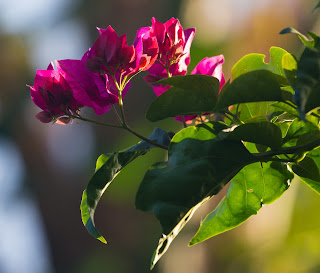 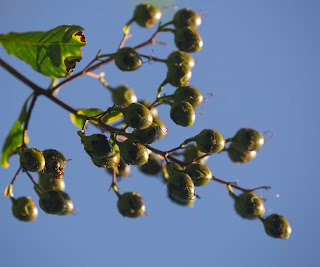 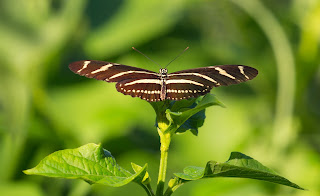 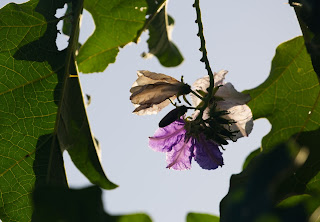 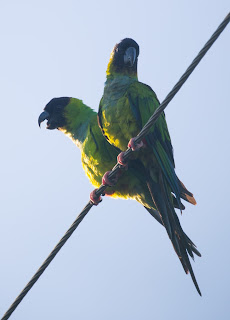 My husband took the picture of the Nanday Conures above, waiting on the line for us to fill the feeders with Black Oil Sunflower seed.  They were there at the same time as the Blue Crowned Conures.  Since he had to shoot into the sun, they didn't come out very well, but you can see what they look like.
Posted by Susan Humeston at 9:05 AM 1 comment: 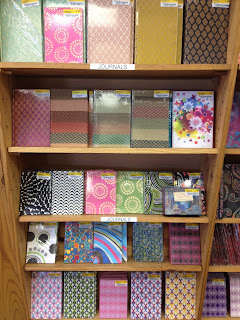 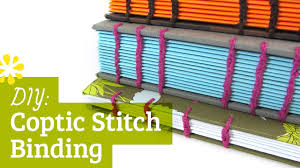 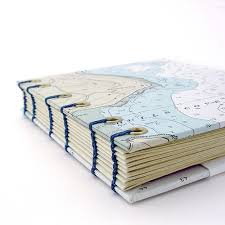 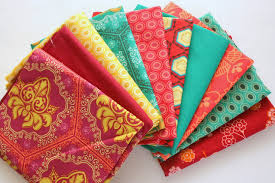 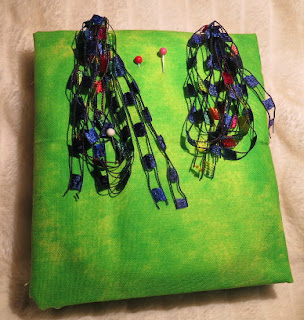 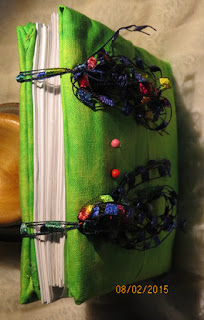 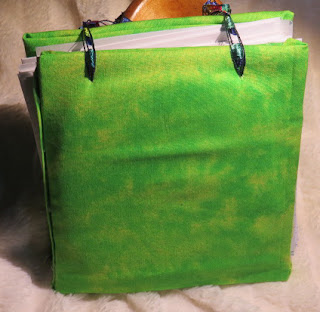 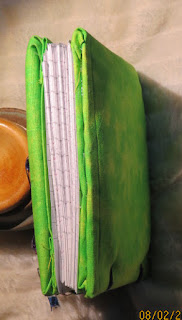 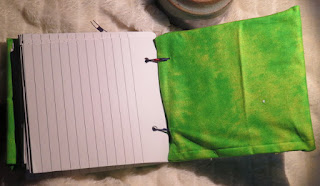 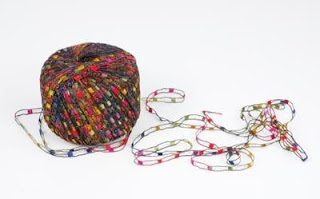 My cats tried to "help" me with the ribbon by grabbing it in their mouths and trying to run out into the hall with it - just part of the crafting fun.  Oh - and my leg and fingers are healing nicely (burns are the WORST!)
Posted by Susan Humeston at 6:12 PM 2 comments: