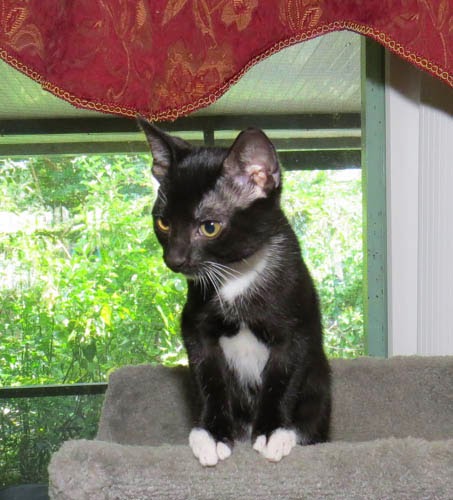 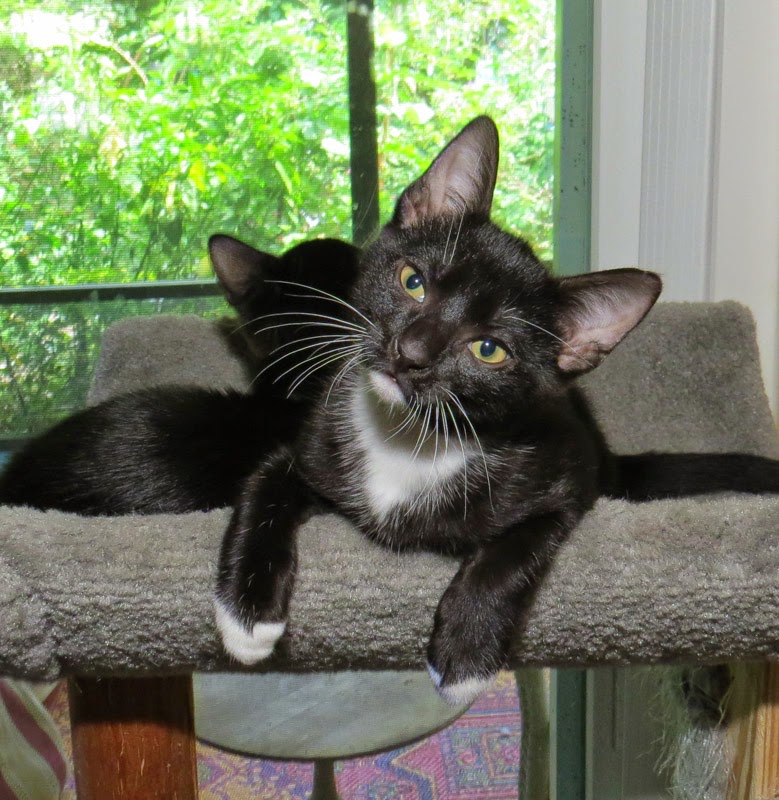 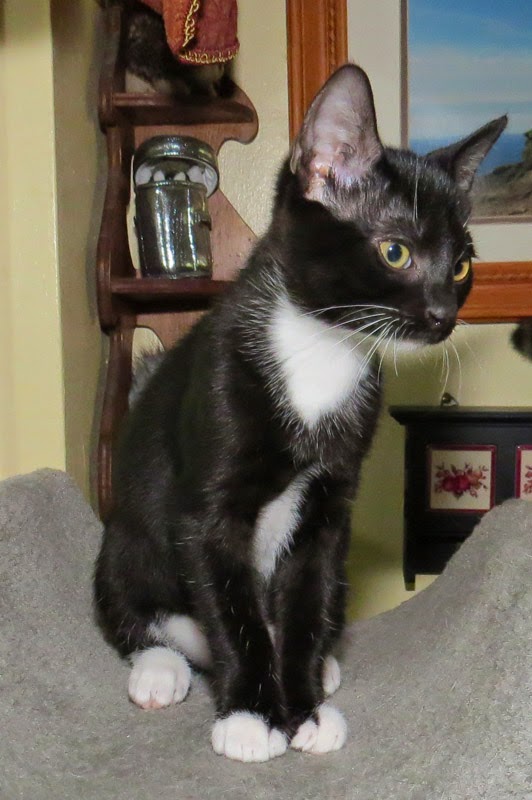 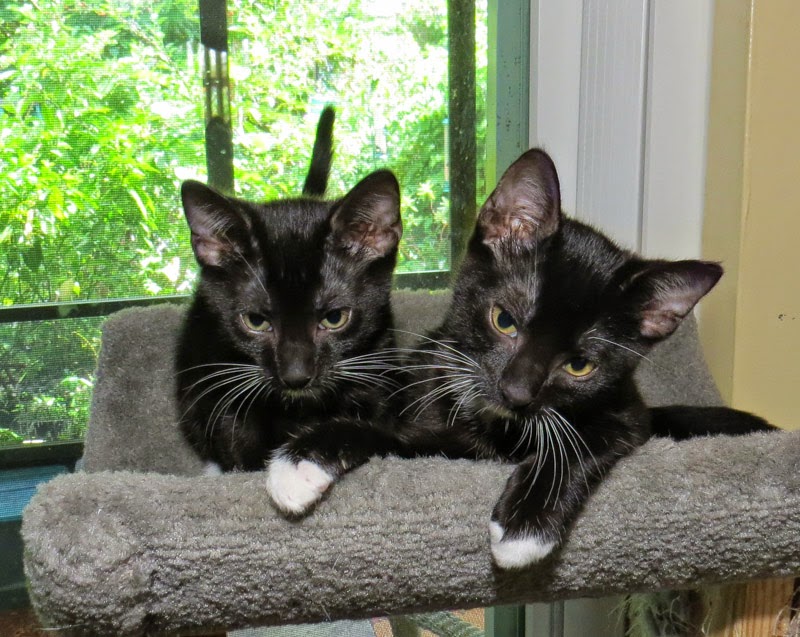 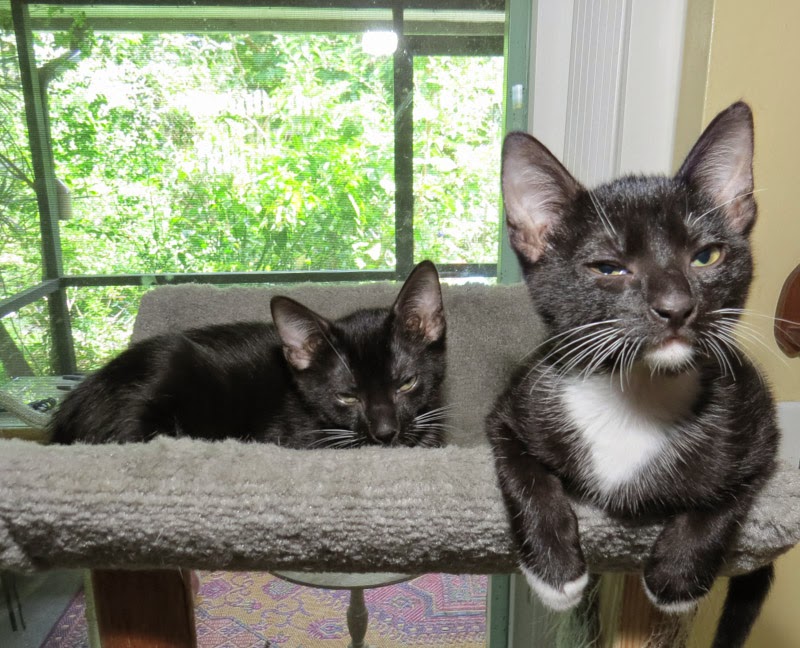 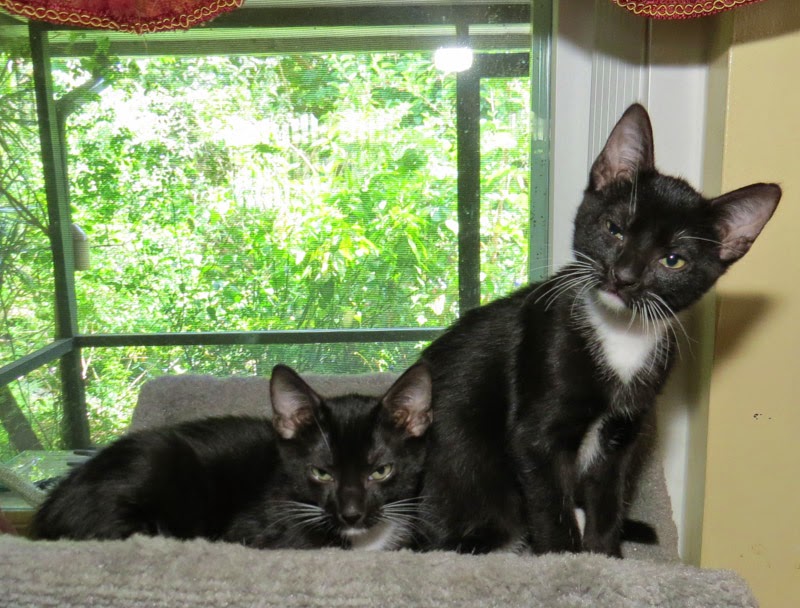 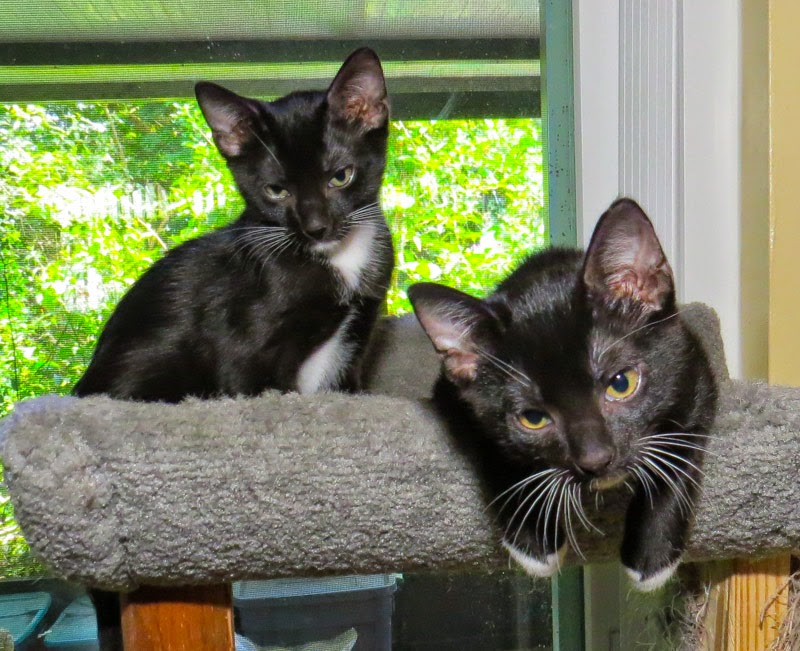 Oh yes, they're adorable! And lucky too. What about "Raven" for the dominant one? To go with the black bird theme! I love tuxedo cats, and all-black ones too.

Even though new pets can't replace the ones who've passed, I've learned that they can make the hole in your life a little less gaping. And as you said, it's a kind of tribute too.

I'm glad the little guys are fitting in so well. I know they'll keep things hopping at your place!

Ah! They are so cute. Neko was larger than life so it makes sense that it took two to fill the hole he left!