Photos After a Tropical Storm

Tropical Storm Bonnie came through here today.  It rained very hard for a few cozy hours.  My husband and I had taken the day off and we ran a few errands in the rain and then came home and snoozed in the comfortable A/C as it blew and the rain splashed outside.
After the storm passed, which happened by the late afternoon, the birds and butterflies came out en masse as if to make up for lost time.  Here are a few pictures: 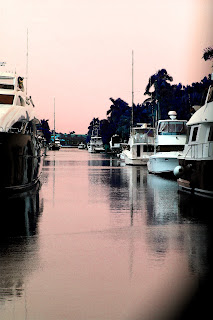 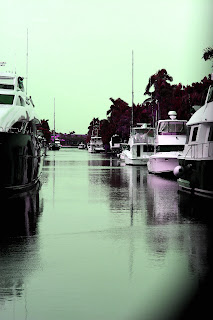 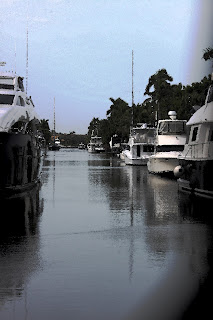 OK - so the yachts aren't in my backyard.  This is from last weekend when hubby and I drove down past Las Olas Blvd toward the beach.  I played with the Photoshop options. 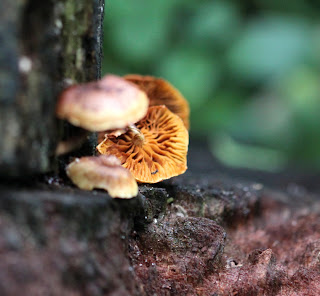 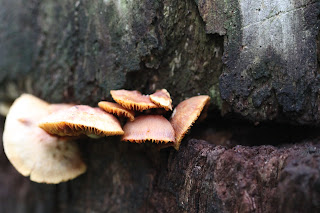 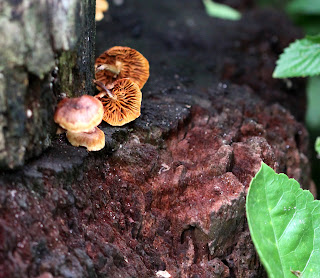 The mushrooms/fungi above are growing on some dead logs in our backyard.  I like the textures and colors of the rotting wood and the fungi. 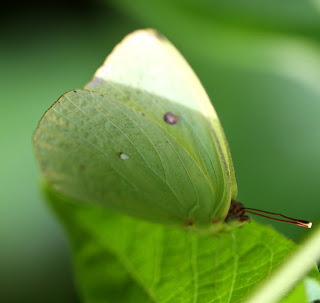 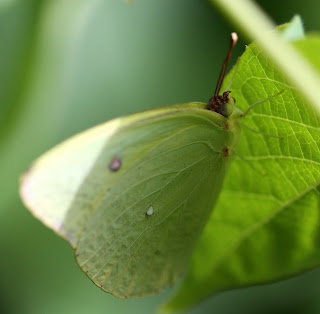 Above are two pictures of  some sort of Cloudless Sulphur butterfly. 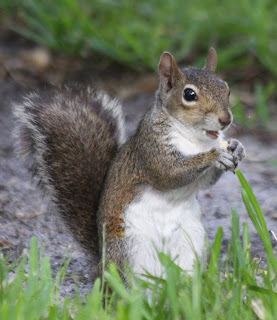 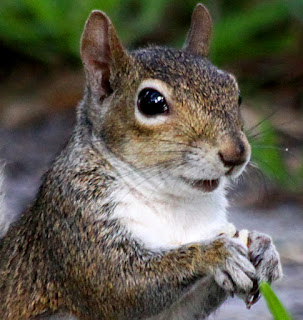 Mr. (or Mrs.) Squirrel is chewing on some multigrain flatbread from a Starbucks sampler that also included fruit and cheese.  He really liked the bread. 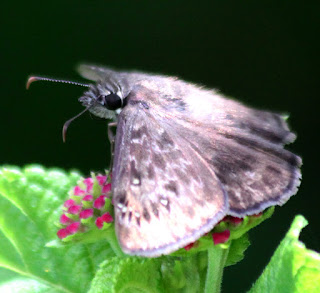 Above - a nameless Skipper type butterfly. 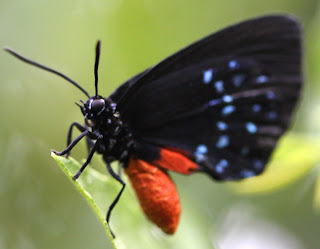 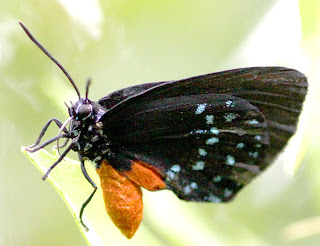 Above is an absolute thrill for me.  I've been trying to get Atala butterflies in my yard for a few years.  Their larval plant is a Florida native plant called Coontie.  It's expensive and, out of three I've purchased, only one has survived and thrived.  One is not enough.  However, I have lots of nectar plants and I have seen an Atala in my yard two times before, but had no camera handy.  The Atala is a native Florida butterfly that is endangered because of the lack of Coontie.  They are a type of Hairstreak butterfly - and they are SO beautiful, as you can see.  Today, after the storm, my husband and I were venturing out into the nether regions of the back yard, back behind and under tall bushes - and there he was.  At first he was facing away from me, but then he turned to look.  By the time hubby came by to see, he had flown away.  I was so thrilled to see him in my yard - I hope he brings his friends!! 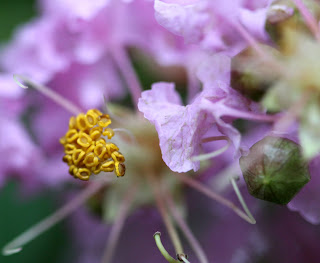 My Crape Myrtle is blooming - it is clouds of lavender and yellow flowers - so lovely and very lightly fragrant. 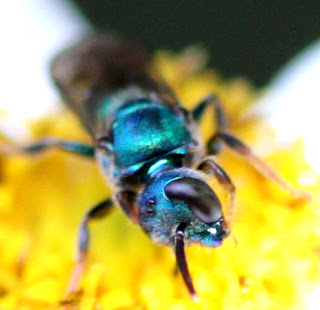 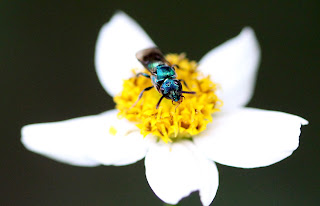 The fellow above was on a weed that I won't remove because the bees and butterflies LOVE it.  Isn't he beautiful?  I'm not sure if he is a bee or a fly, but I know he is iridescent green! 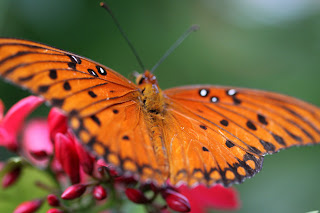 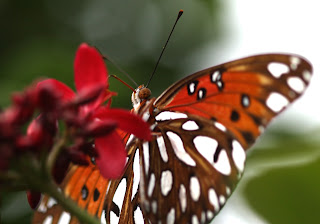 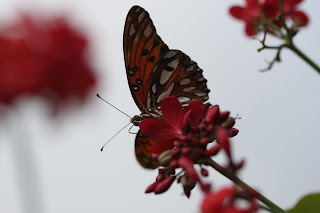 Above - three views of a Gulf Fritillary butterfly.  Don't his underwings look a bit like stained glass?

Above is a Julia butterfly. 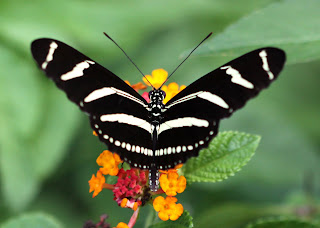 Above is a Zebra Longwing on Lantana.  Below I managed to catch him in flight. 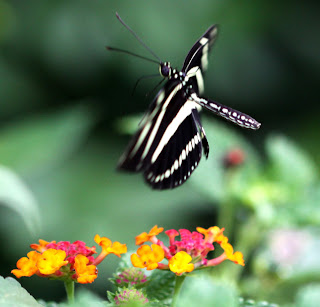 It was a lovely afternoon after a stormy day.  We also saw a red winged blackbird and his wife in our yard.  That species does exist in South Florida all year round, but they only arrive in our yard (a non-marshy environment) in the winter.  It looks like, even though it is only the end of July, the "early migrant" birds from up north are beginning to arrive.  By late August and early September, it will be exciting to see if any land for a respite on one of our bushes or feeders.  If I could, I'd advertise in the Birdie Papers, but I fear there is no such thing.

Posted by Susan Humeston at 9:58 PM

Everything is so beautiful! All that color always amazes me in tropical areas of the country.

I must admit, it feels like Florida here. I guess you get acclimated to the humidity and heat.

We could not live without Air Conditioning here.

Here's hoping it cools off soon for you.