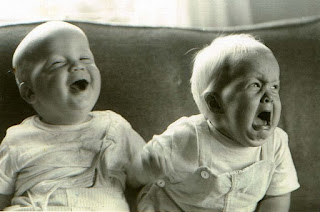 My husband gave his notice of retirement in September 2016.  The agreement is that he will work until June 30, 2017 and that he will then receive 6 months additional salary and the worth of benefits for the same period.  Since the day I met him some 26 years ago, he has wanted to move to Boise, Idaho where his brother's family live.  I have tried to talk him into other places - North Carolina which is much more like my native upstate NY, but not as cold in winter, Tennessee, Georgia, North Florida, Central Florida where my mother still resides and I absolutely love it there.  But he has resisted all other places.  Not Texas, not Oregon (at least not the west side of the mountains), not the midwest (I'm not in favor of living with the threat of tornadoes either, so no loss, although parts of Missouri and Arkansas are like North Carolina and so I know I would like them).  Nowhere on God's green earth can we go but Boise.  Not even anywhere else in Idaho.  Sigh.  Did I mention he is stubborn?  Have I mentioned he has never lived outside of Florida?  He has visited his brother tons of times and stayed there and traveled through Idaho and other parts West with them, and he has seen and experienced all the seasons.  I remember what winter in upstate NY is like.  The year I was 23, in January, I came down with bronchitis that somehow became a liver infection that put me in the hospital unable to keep anything down, even a teaspoon of water.  I was nauseous all the time and very depressed.  I thought I was dying.  I would look out the hospital windows and see nothing but low, dead gray skies full of snow and black tree branches.  No. color. at. all.  When I recovered, I had anxiety attacks for quite a while.  I am somewhat leery of the winter blues since I know all too well how the lack of light, the fact that it gets dark at 4:30 in the afternoon for some weeks, and during the day it is often cloudy, grey, foggy and dreary can affect one severely.  I don't mind the cold I don't think - after Florida summers it will be refreshing, but everything else?  Plus western Idaho is desert.  The hills outside of Boise?  Not green or covered with trees.  In the summer they are brown humps surrounding the city.  They call summer "Fire Season".  So I have some misgivings, just as I did when I moved to Florida with my first husband.  His family was here, so here in Florida we moved.  I hated it at first - and when I say "at first" I mean for the first 5 or 10 years.  But I am older and wiser and I have faith in Jesus Christ now, which I didn't have back then.

So, to make a long story even longer, since September I have been on a crazy roller coaster emotionally and on a crash course in trusting God.  One week I am SURE beyond a doubt that I CANNOT move to Boise, Idaho, and the next I am eagerly and impatiently awaiting new adventures in the totally-different-than-Florida out of doors.  I have gone so far as to announce to my husband that I will not be going to Idaho whether he is or not, and then, of course, I calm down.  The next day I am so excited that I will get autumn back, my favorite season always, and I want to move NOW.

ALL of this is tied to my spiritual life.  I am absolutely learning in fits and starts, about trusting the Lord.  Period.  Not "what-ifing" myself to death, (except when I am stuck in Fight or Flight/Fear mode.

I won't go into details, but there are a number of crucial things that must all come together at the same time, and if I dwell on them I head for Bonkersville.  This is not the normal-for-Americans planning for a restful and fun retirement.  This is totally, "can we even afford to do this?" and "WHAT are we doing???!!"

It is time for my husband to leave his job, which has changed so much, not for the better, over the last 10 years - and he IS 64 years old (how the heck did THAT happen???).

It is also time for me to leave my job where I have been on easy street for far too long.  Since I am overweight and 61 years old, and I have been through 4 principals in my 28 years there and not all of them were happy experiences, no one expects anything from me at this point.  I can come to work, sit back and read blogs all day if I want.  Yes, I do have work, but it doesn't take all of my time anymore, and I could do more, but the motivation is totally gone.  I COULD take up my entire day learning new software, helping the young guys who are techs with me do work orders, come up with new and exciting ideas for our web page, etc.  But I know from my years of experience that if I do that, no one will care and that new ideas are frowned on unless they are thought of by someone who has the power and backing of power to make it happen.  I've tried to jumpstart myself a number of times because I feel guilty about my work ethic.  Since I have been there 28 years and I am the same pay "grade" as the other techs, I am making much more than they are, yet they know far more than I do about setting up and managing servers, and the latest and greatest hardware.  I take care of mostly software problems and issues, managing a few of the packages we have.  I also do orders for the school for Technological items and I keep up with updating our web site.  I make sure all our software is renewed on a yearly or whatever is necessary basis and there are other things, but hopefully once I'm gone, they will digitize the whole group of things so that each employee can take care of what they need themselves.

Anyway, for me, it's time.  I don't like feeling guilty and one or two of the techs have a certain amount of understandable resentment against me for making so much and doing so much less than they do.  It is the way the government system works.  We don't make the big bucks, but we have such a wonderful time both working and playing.  This is probably why people want government jobs - once you are "in" you have to be really bad to get booted out, or you have to be tremendously unliked, and there is a process for firing someone that takes mucho time and effort and signing of documents by both boss and bad employee.

As far as personal life at work?  I love the techs I work with and the other lady in the office.  They are all like my kids and it keeps me young to banter with them and laugh with them.  I like to think they feel similarly about me, at least most of them, and it will be very hard to leave them.  I hope we can keep in touch on Facebook, maybe even still texting.  But I do know that everyone moves on, and if the fires of relationship aren't kept kindled by being close physically to coworkers, they often grow cold and go out.

I have stayed sane by suddenly becoming an avid crocheter and knitter, not to mention I made a quilt, but not well.  Yarn.  I MUST HAVE YARN.  All colors of yarn, mostly cotton, mostly DK weight because the feel of the thread is what I prefer rather than bulky yarn.  But that hasn't stopped me from getting on Ebay and buying pretty colors of worsted weight yarn to make all the scarfs, mittens and hats as well as afghans I can handle for my New Home.

The real reason I have stayed sane is faith in Jesus Christ.  I am learning by experience (and there really is no other way in the spiritual life) that He is not only real, He is there, He cares and He is in charge.  He can and will take care of me through everything, even if I don't like the outcome.  I have eternal life in Him and I know that when I die, life goes on, and there are hints of not just being His Bride (the whole Church of believers), but ruling with Him.  I'm not really interested in ruling, but that can encompass everything from cleaning bathrooms, cooking and taking care of animals to sitting on a throne and making big decisions.  I like the taking care of animals part.  I like the behind the scenes part.  And I hope beyond hope that there will be crochet, knitting, weaving, shearing of lambs and other yarn bearing animals, and dying of wool.  Not to mention sewing, fabrics of all kinds.....you get it.

Just a few days ago I was deep in depression, feeling like this whole experience is going to kill me, feeling like taking off in the middle of the night for parts unknown, when a little voice whispered to me, "trusting in the Lord doesn't encompass dread, fear, resulting anger and depression."  And it just hit me.

There are two sides to the spiritual life, especially when you are "going through something".  One side is the safe side with Jesus, trusting in Him, feeling His presence, concentrating on His Word and promises, and the other side is so opposite it can barely be described.  It is like black and white, like life and death.  When you are on the "other" side, every fear assails you, you feel SO sorry for yourself, you know you are old and useless, you are angry that all this is true.  You have no love for anyone, least of all yourself or God, and you are just plain miserable.

It is amazing that you can be on one side of this chasm one day and on the opposite the next.  You are truly Dr. Jekel and Mr. Hyde at that point.  Doesn't James talk about being "double-minded"?  I think I know what he is talking about. 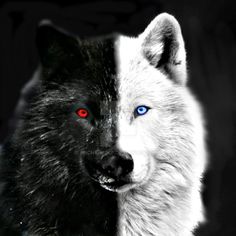 Stay tuned for pictures of my yarn projects as well as my attempt at a Bullet Journal.
Posted by Susan Humeston at 10:56 AM